On 10 April at 12.00, 14.00 and 16.00 there will be the excursion sessions to the viewing platform of the Dohna tower in Kaliningrad Regional Amber Museum.

The session are coincided with the Day of Königsberg assault by troops of the red Army in the course of the Great Patriotic War.

The tower was part of the city defence system and had the name of the Prussian general -field marshal Friedrich Carl Dohna, who participated in the liberation war against Napoleon invasion. The building is also a monument of the Great Patriotic War: on 10 April 1945 the Soviet soldiers set up the Banner of Victory symbolising the defeat of the fascist garrison the city-fortress Königsberg.

From the viewing platform one can enjoy a panoramic view at modern and historical buildings of Kaliningrad, as well as appreciate impressive thickness of the outer walls. 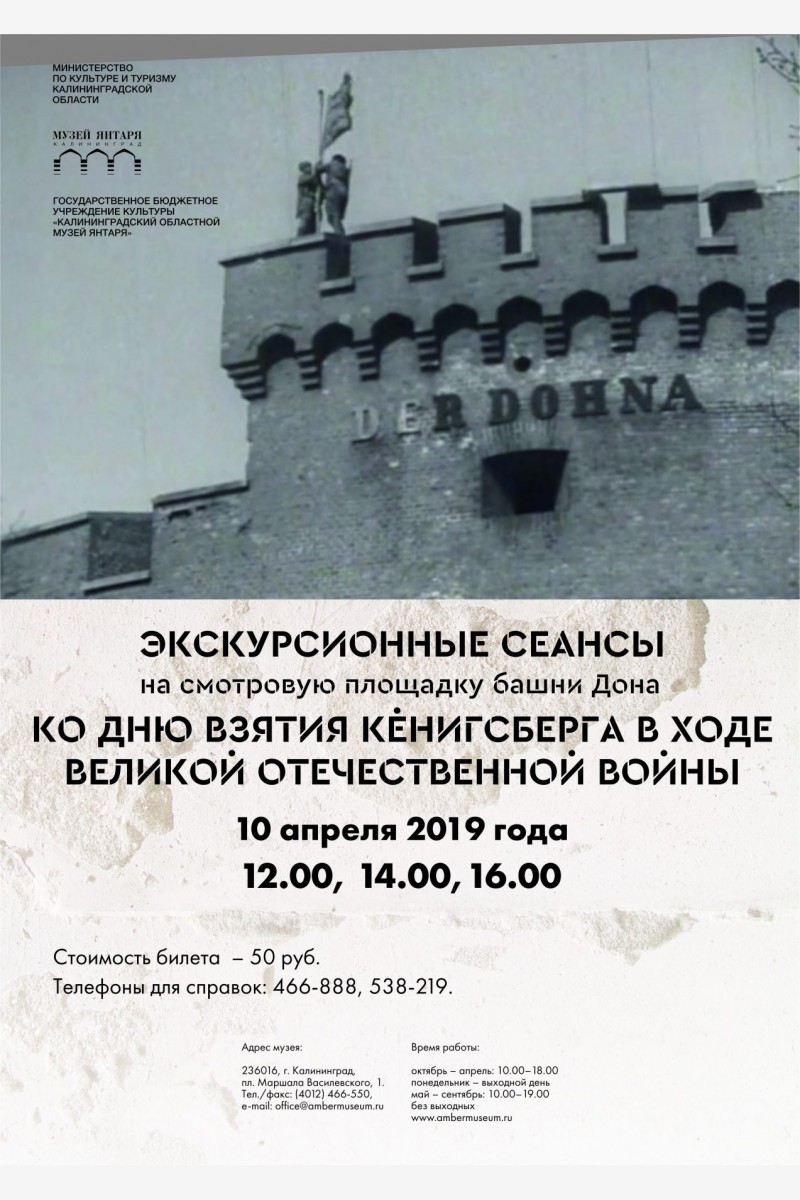