The artwork was exhibited at the Fifth International Biennial of Amber Artworks "Alatyr 2013".

The caviar bowl was made from a whole piece of bastard amber of yellow-brown colour in the shape of a horizontally elongated oval bowl on a small metal stand also of the oval shape. One side of the stone is narrowed and oblong reminding of a woman's head with clearly marked features on the outer side of the stone. On the opposite side, the stone becomes wider and has a bowl, where a small silver spoon with a long thin handle can be easily put. The cup is set on a small leg soldered on the oval silver stand.

Knud Barslund was born in 1952 in Denmark. In 1974, he became a goldsmith. In 1994, he graduated from the design department of the Goldsmith Academy in Copenhagen. He has been working in the own workshop since 1994. 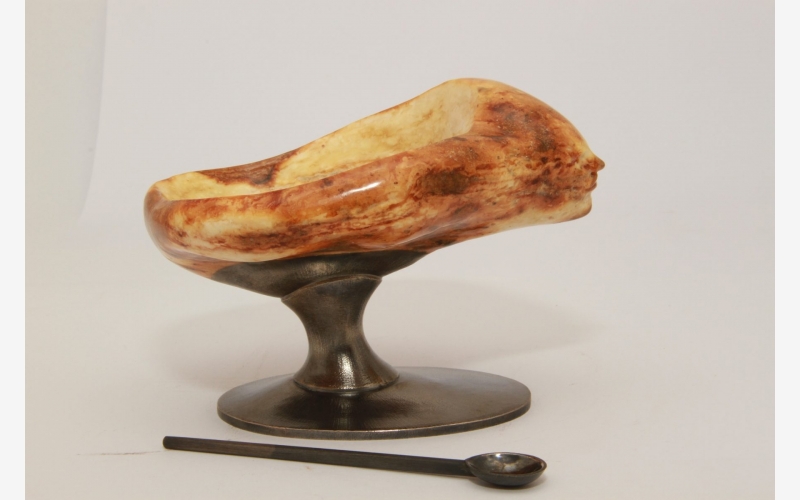