The works were shown in the contest exhibition "Space. Time" within the Fourth International Biennial of Amber Artworks "Alatyr 2011", where they took the second place in the category "Innovation".

As Doris told, she was inspired to create the works by the quote from the piece by Hermann Hesse: "Nothing was, nothing will be, everything is – words that I like a lot, they have been accompanying me for a long time".

The drop-shaped vessel consists of two halves. The first one is made of polished transparent yellow amber, the second one – of yellow gold. The face side of amber and metal part is raised up, the back side is plain with a drop-shaped hollow in the centre. With a turning joint in the lower part of the vessel, the halves are fastened together flexibly. The whole surface of the metal face side is covered with engraved Latin letters.

The ring from transparent yellow amber. There is a hole in amber with a metal rail and a top as a metal plate repeating the shape of amber. Inscriptions are made with arched metal letters on the both sides of the plate: "НИЧЕГО БУДЕТ", on the other one – "НИЧЕГО БЫЛО". The ring rail is plain and round, widening to the upwards. Along the inside circumference of the rail, there is an inscription in metal letters "ВСЕ ЕСТЬ". The ring is framed with a metal ribbon.

Doris Gabrielli was born on 4 May 1966 in Bruneck, Italy. In 1989, she passed the master's exam in the State Academy of Graphics in Hanau. For several years, Doris Gabrielli has been working as a goldsmith. The main material she works with is gold. 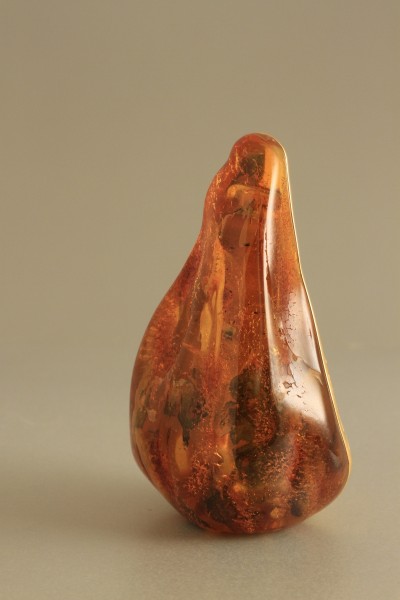 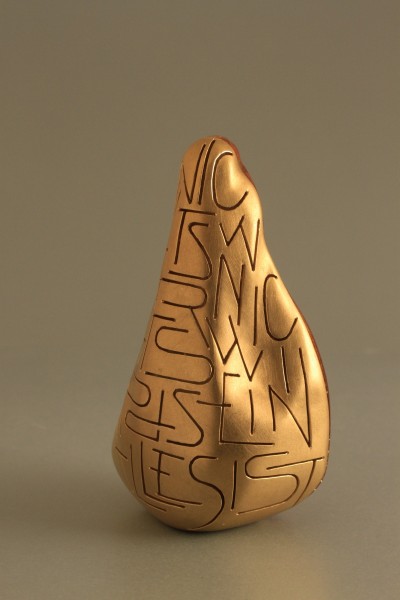 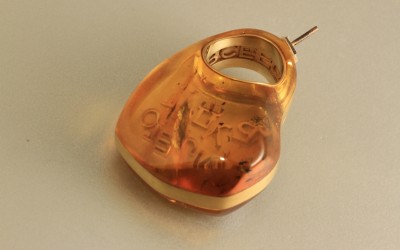 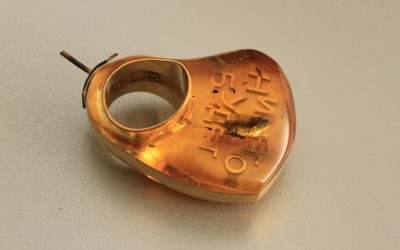