The project "Microworld of Amber" has been intended to popularize natural and scientific collection of the Amber Museum. In the course of exhibitions we present inhabitants of the "amber" forest and tell about their life. Items that due to different reasons are not exhibited in the museum's permanent exposition often become showpieces of the project.

One of the most numerous insect orders is Diptera. It includes two suborders: Nematocera, already known to us mosquitos and Brachycera – flies.

There is a common feature that unites them – presence of only two wings. The second pair of wings is also there, but it turned into halteres in the course of evolution. With their help dipterans maintain balance while flying, besides, due to the halteres mosquitos and flies acquired an ability to momentary flying off and can instantly launch a high-speed flight.

Dipterans are the most evolutionary advanced insects. They emerged in the palaeontological chronicle in the Keuper. AT first, dipterans were a very small group. Thanks to the perfect flight, they quickly conquered the airspace and now they are the most widespread fossil insects. There are especially many mosquitos and flies in fossil resins: Taimyr, Baltic, Dominican and other ambers.

In the Baltic amber, occurrence of flies considerably depends on the place they inhabited. Among the widely found in amber – family Dolichopodidae, that inhabited cracks of the crust on tree trunks and hunted small invertebrates as maggots of bark beetles.

There are dance flies (Empididae) often found. They are also carnivores, so a confusion may occur and a female appreciating the appetency of a male could eat him during the mating dance. That is why male Empididae elaborated a strategy of presenting a particular bride price in the form of a dead insect, by feeding on which the bride was destructed. Some flies are rare in amber, such as those that inhabited open spaces and/or were connected with the feeding on blood of mammals. As there wasn't much first or the latter in the "amber" forest, so chances to get into the resin for those insects was very low. However if these insects were connected with dump habitats as Haematopota, they could get into resin of the trees, that grew along brooks and rivers.

Among "amber" flies, there are also such exotics as family Acroceridae. All flies of this family are only parasites, and they parasitise only on spiders. Females of these flies lay eggs in the places, where the probability of habitation of spiders is very high. Small maggots find a prey, attach to it and without hurry, during the whole growth it is the spider they eat…

Flies played a huge ecological role in the "amber" forest and still do in the modern world. Flies-parasites and carnivores are some kind of press for many insects, that controls their number. Flies contribute to decomposition of dead organics: decaying wood, animal and plant remains, so they advance the circulation of organic matter. Many kinds of flies are used in forensics, they help to elaborate details of crimes and therefore contribute to their solving. 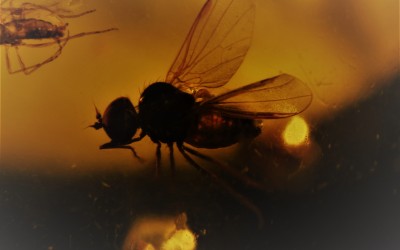 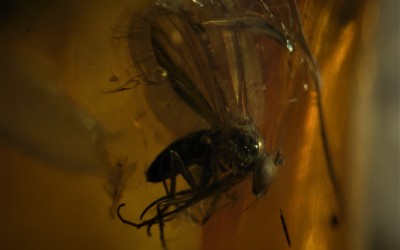 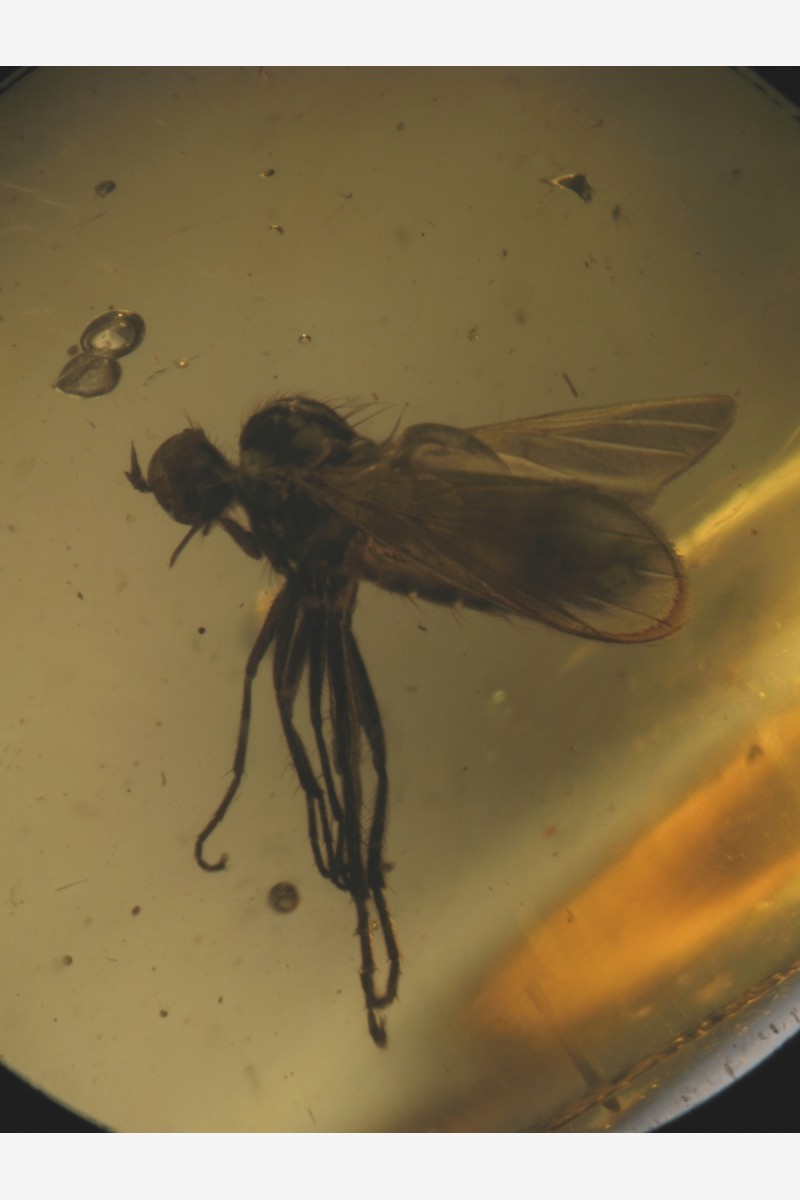