The egg consists of the two swiveled halves. The upper part of the egg is transparent, the lower one – carved from the opulent yellow and white amber. A surprise of the egg is a miniature model of a ship made of ivory and gold. The egg mount is decorated with a silver chain with pearl pendants and a lock in the anchor shape. The stand is made as a whale carved from ivory. Head of the whale lies on the round amber stand with a silver ribbon with the woven ornament around it. Four silver legs in the form of miniature fishes having amber beads in their mouths are soldered to the silver ribbon.

Koroliov Alexandr was born on 26 January 1951 in the town of Baltiisk, Kaliningrad oblast. He graduated from Kronstadt College of Midshipmen, until 1996 served in the Navy. Aleksandr started working with amber as an occupation in 1987. First, he did it in his spare time, and after the resignation he devoted himself to the main interest of his life and started cooperating with different amber firms. Aleksandr Korolyov's specialization is making interior objects: goblets, cutlery, jewellery-boxes, Easter eggs, and souvenirs. The artist is participant of many regional and international exhibitions, he is in the state of constant search , and in his every new work he discovers always new expressive powers of the "sunstone".

Graduated from the Cultural and Educational School in Sovietsk, Kaliningrad oblast. Since 2000 the goldsmith worked at OOO "Souvenirs of the Baltics". In 2008 the firm was commissioned to make an amber diadem for the contest "World Miss 2008". In three months Andrei Kozhenkov created the unique decoration from gold and silver, with amber and zirconium inserts, the diadem adorned the first vice-miss of the contest Colleen Francisca-Mason from Singapore. In cooperation with Alexandr Koroliov Andrei Kozhenkov created several Easter eggs executing the metal work, made amber settings. Since 2008 Andrei Kozhenkov was member of Kaliningrad branch of the Creative Union of Russian Artists. 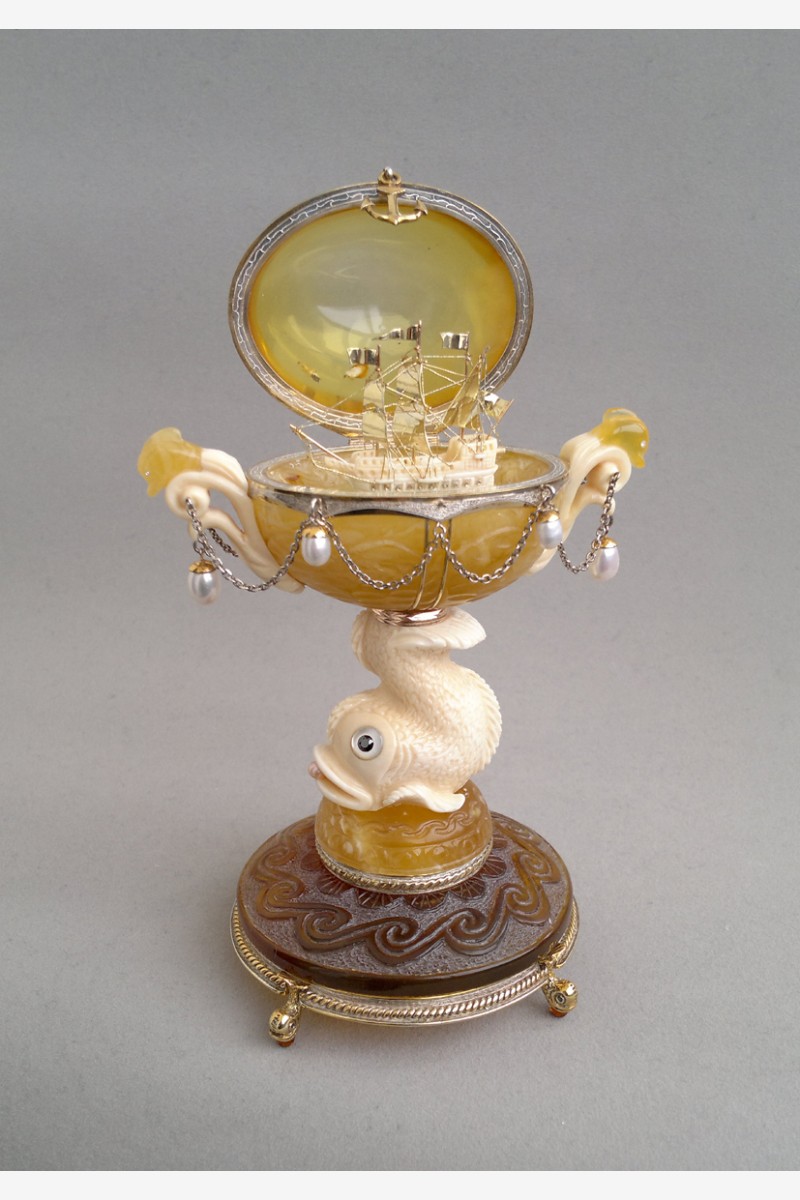